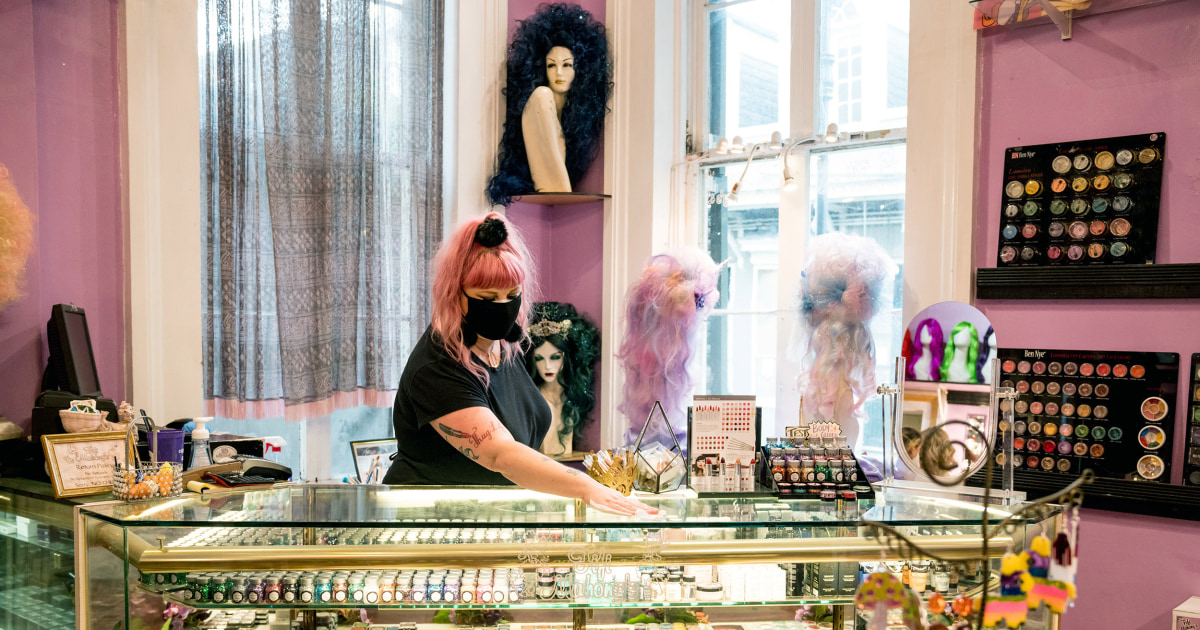 As local businesses are opening back up, so are Americans’ wallets.

After more than a year of sweatpants and home offices, consumers are ready to splurge, snapping up products that will get them out of the house and into the post-quarantine world — all while looking and feeling good.

Coinciding with the “hot girl summer” viral meme and mask mandates being lifted, consumers are spending on style. In May, sales of eye makeup, teeth whitener kits, false eyelashes and lipstick were up at least 20 percent compared to a year ago, according to NielsenIQ analytics.

People are also flocking to freshen up their locks. According to a new report from Mastercard, toupee and wig store sales increased by 75 percent for the period May 2020 to 2021, compared to February 2019 to February 2020. Curling iron sales in April are up 37 percent since last year and 41 percent since the previous year, according to the NPD Group market research company.

And shoppers don’t just want to look good, they want to smell good. Perfume, cologne and aftershave are seeing sales quadruple year over year in May and increase by nearly 50 percent over the last two years.

As workers return to the office and more social events begin popping up on calendars, consumers are also looking to spend more on clothing.

“As we start to socially enter the world again and social progression begins to kick into gear, we’re seeing people either desiring to build their wardrobe because they’re bored with what they’ve had, or they have the necessity to build their wardrobe. In some cases, we’ve got 40 percent of consumers that told us that their size changed during the Covid period,” said Marshal Cohen, chief retail analyst at the NPD Group. “We’re seeing things that are dramatic, things that are exciting, things that make you feel good, that’s why you’re seeing dramatic colors and prints and beaded shirts.”

But shoppers aren’t ready to abandon all pandemic attire norms yet — comfort remains king. According to NPD, dress sales in May were more than double what they were last year, jean sales increased by 75 percent and knit shirts by 64 percent. This reluctance to give up casual clothing has even led some retailers to introduce comfortable office wear like the “jardigan,” a loose-fitting knitted jacket.

Another post-quarantine experience continuing to impact how Americans shop this summer is the great outdoors. According to a report from Airbnb, some of summer 2021’s top U.S. destinations include Whitefish Mountain and West Yellowstone in Montana, along with Acadia National Park in Maine. After spending so much time inside during the pandemic, consumers are putting their money where their hiking boots will be, with record visitation levels at national parks.

NPD found that the amount of park and campground books bought in April increased by 110 percent since last year and 61 percent since 2019, while towing and hitch tool sales increased by 40 percent and 32 percent, respectively, during the same time periods.

On the e-commerce front, the Adobe Digital Economy Index found that in May, online sales for camping gear were up 130 percent since 2019, swimsuit sales up 40 percent and luggage sales up 9 percent.

With flight prices increasing and domestic destinations becoming more popular this summer, driving has become a more popular way to travel — and cars mean repairs: Online sales for auto parts were up 161 percent in May 2021 compared to two years ago, according to the Adobe Digital Economy Index.

Yet despite the new spending patterns, consumer behavior that dominated the pandemic — spending on items, rather than experiences — remains for now, Cohen said.

“What’s happening is a slow, steady process, back to what will be the new normal,” he said.