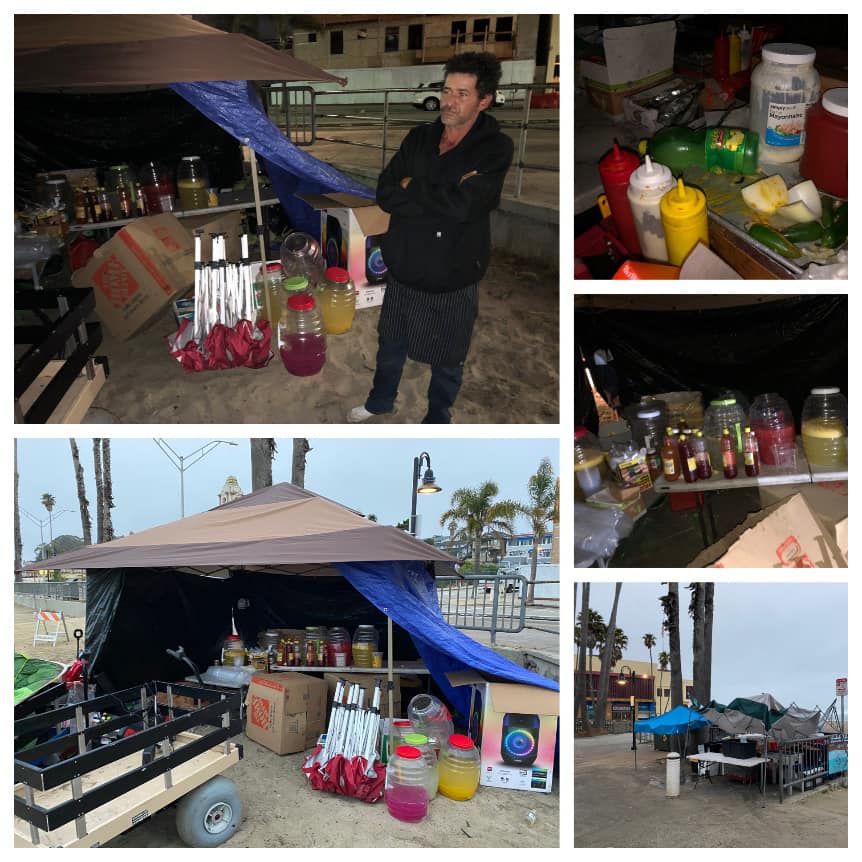 SANTA CRUZ, Calif. (KION) Santa Cruz Police Department cited three people from Antioch for remaining on the beach after hours. They were given 24 hours to vacate. According to the city ordinance, there is no overnight camping at Main & Cowell beach.

SCPD had responded to a call on Beach Street last night, where they found the vendor’s gear and food on the sidewalk, along with several canopies filled with coolers, cooking devices, beverage jugs, and large battery-powered wagons. Police report the food was left out and the beverages were open. When police returned later they found that one person was still on there with the food that was left out. According to SCPD, they cited him for the misdemeanor and ordered him to vacate in a week.