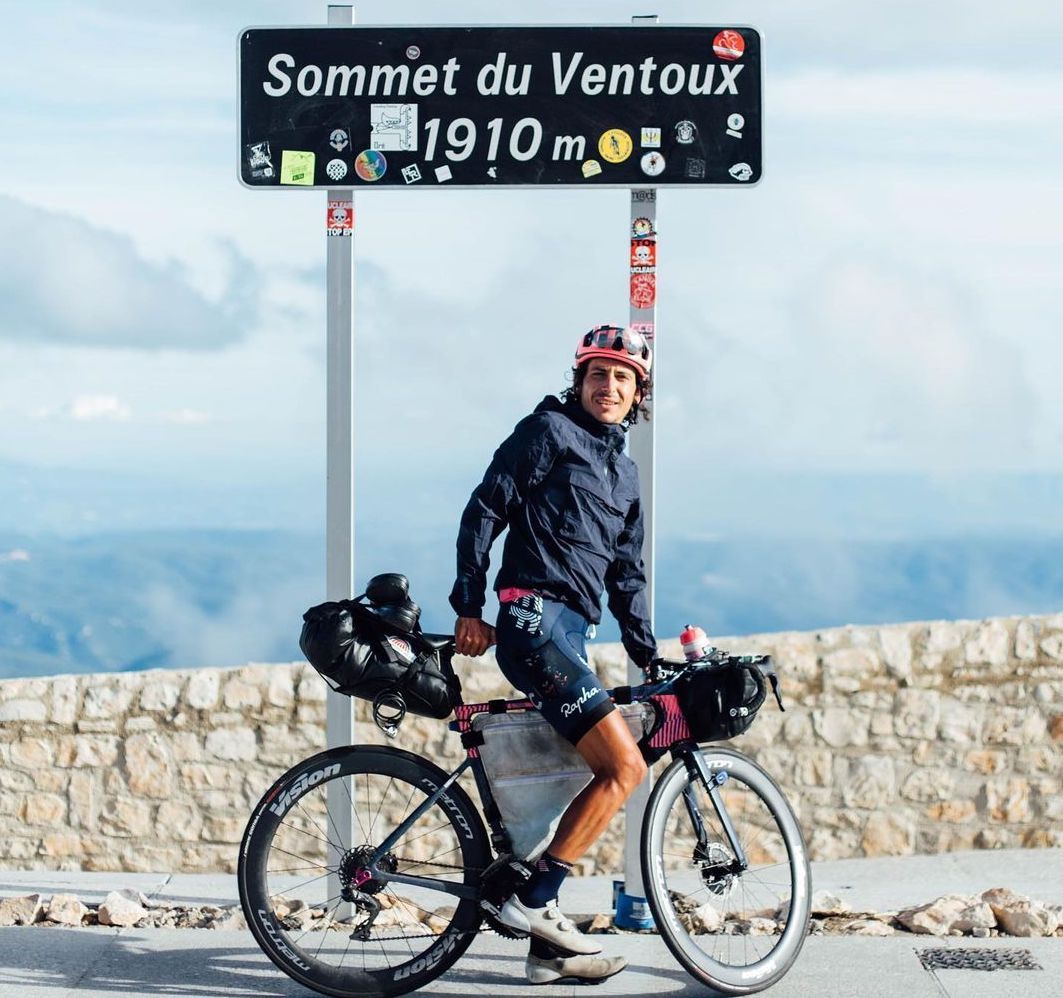 The Alt Tour rolls on for Lachlan Morton (EF Education-Nippo) and he has put a soggy experience in the Alps and two passes of Mont Ventoux in his rear view mirror and progressed to Carcassonne, where the Tour de France peloton arrives in three days for the finish of stage 13.

The Australian clocked 300km over the past 13 hours in his ride through Nimes to increase his lead on the Tour peloton to 850 kilometres, his solo ride of the entire Tour encompassing the same race route plus all the transfers.

Tuesday is his 11th day of riding and Morton had covered 3,043 of the total 5,510 kilometres with 123 total hours in the saddle. He set our early this morning to push on for another 300 kilometres, including 100km of the stage 14 route.

He passed the halfway point of his journey Monday, which included the second pass over Mont Ventoux.

“I was there pretty much by myself. It felt like a religious moment – not so often you get this mountain all to yourself,” Morton said about climbing the ‘Giant of Provence’ in an update distributed by his team.

Rain besieged the Tour peloton on stages 8 and 9 in the Alps, and Morton endured the same conditions before reaching the warmer weather in Provence, where he suffered from foot pain.

“My feet are just angry in general. Ironically the sandals caused the issue, and now they’re going to be the resolution,” Morton said about the wet weather adding to issues with his customised sandals.

Morton needed to “air everything out” after all the rain, and to ease his foot pain switched between shoes and sandals for the two laps over Mont Ventoux, which he split over two days of distance riding, both days providing dry but hot conditions with temperatures reaching over 30 degrees Celsius.

He also noted that he left some of his camping gear where he slept the night before which proved to make the second ascent of Ventoux much easier, as did the blue skies and empty roads. It made for his fourth and favourite time climbing it this year, the other two being in pro race mode in the Mont Ventoux Challenge.

So far, the Alt Tour has also raised over £225,000k for World Bicycle Relief, which represents nearly 1,700 bikes. Donations will be used to provide even more young people who are challenged by the barrier of distance with a robust Buffalo Bicycle which they need to access an education.