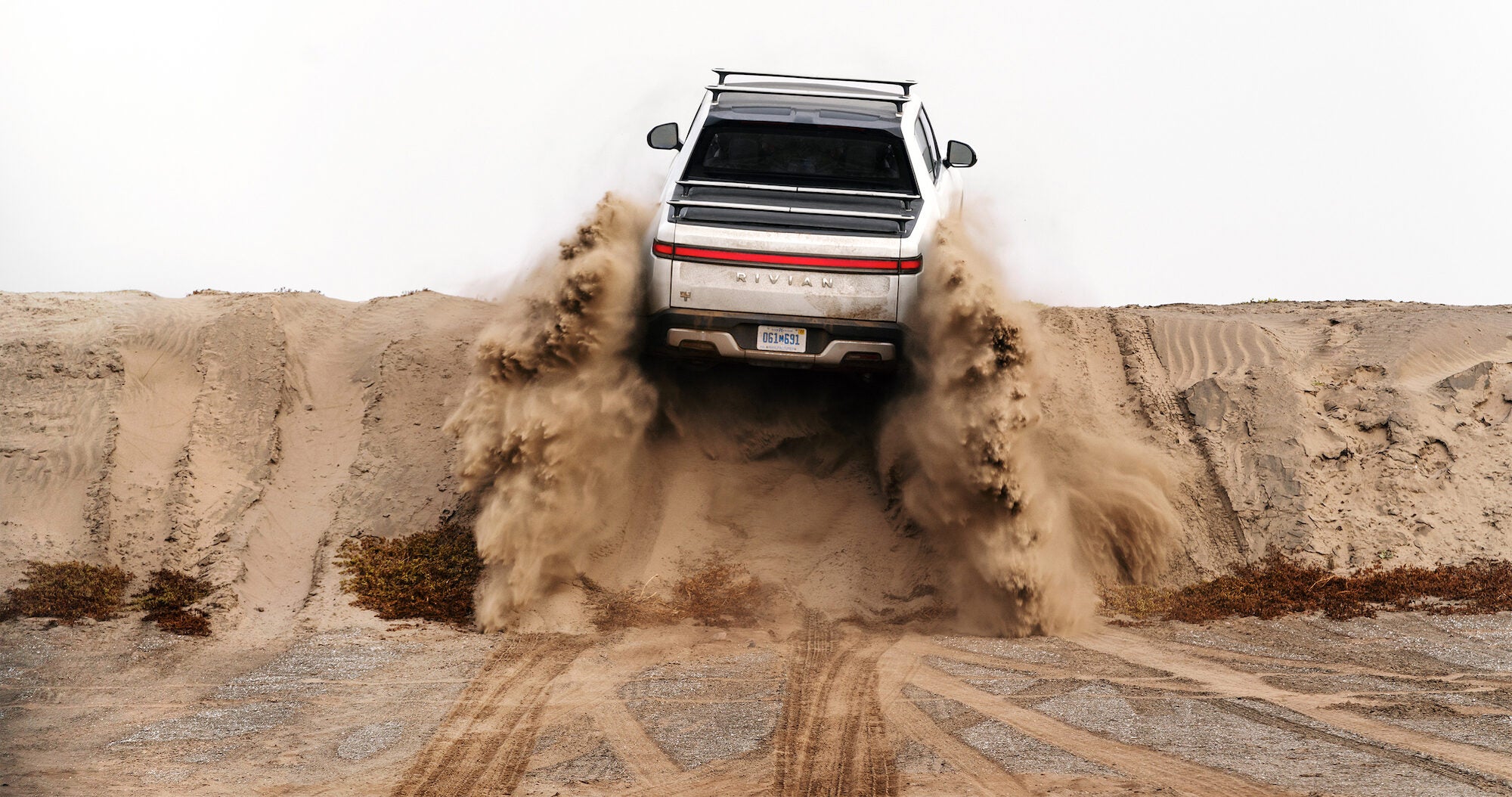 Electric automaker Rivian has made a name for itself by pursuing a course off the beaten path. The Amazon-backed company’s approach towards marketing itself as an adventure brand rather than just another carmaker has led to a number of creative options on its upcoming battery-powered trucks. Notably, one optional feature is an entire kitchen that deploys right out of the truck to use the next time you’re ready to camp.

Rivian is set to start delivering its first-ever vehicle, the $75,000 all-electric R1T pickup truck, later this month, followed shortly by the strikingly similar R1S electric SUV. Both vehicles are aimed towards drivers who enjoy spending time outdoors, but the R1T specifically has a nifty feature which makes the ever-so-trendy pastime of overlanding an absolute breeze. The most impressive is aptly called the “Camp Kitchen.” This add-on package equips the upcoming R1T electric pickup with a myriad of tools needed to cook and clean virtually anywhere in nature.

The kitchen itself is hidden neatly in a compartment located on the side of the truck that Rivian calls the “Gear Tunnel.” As the name implies, the alcove is a hidden partition slotted between the pickup truck’s rear seats and its bed. It’s completely hollow, giving passengers access to 65-inches of watertight storage—prime real estate in a pickup truck—positioned along the width of the vehicle.

[Related: The Ford F-150 Lightning is an electric vehicle for truck lovers]

When equipped with the Camp Kitchen package, the Gear Tunnel is fitted with a sliding mechanism the automaker calls a “Shuttle.” This makes up the base of the camp kitchen and is outfitted with two 110-volt and two 12-volt power outlets. When extended, the Shuttle supports the three modules that make up the Camp Kitchen: a stove, a sink, and a water storage system.

First up is the stove. Rivian chose a 1,440-watt two-burner induction cooktop to heat food, meaning its portable cookhouse is also powered by the same battery used to power the vehicle’s wheels.

The scullery area of the setup consists of a sink and portable water storage unit, each of which are separate modules. The sink is a collapsible unit that is stored flat and pops out for easy cleaning. When in use, the unit expands downwards to form a small basin, and up to 4 gallons of water can be pumped from the storage unit through a detachable faucet stored on the side of the sink.

[Related: Ford’s 2022 Maverick pickup will rival the fuel efficiency of a Honda Civic]

On the backside of each component are a set of drawers that store a 30-piece titanium kitchen set in a custom molded organizer. This means no extra packing tableware, cookware, coffee making, or even a can opener. And at the top of all modules is a flat surface that makes up an area suitable for eating. Rivian says that it also supports a lighting module to illuminate the Camp Kitchen when cooking in the dark.

The modules are designed to be, well—modular. Each individual component can be removed from the Shuttle, allowing for use of the Gear Tunnel’s water-tight storage if the situation calls for it. Rivian says that the Shuttle will also be used for future accessories that have yet to be announced.

To turn the R1T into a true camping-capable vehicle, Rivian also offers an add-on tent which mounts over the cargo box on provided crossbars. This turns the pickup into a full-fledged bivouac machine capable of setting up a temporary living space just about anywhere it can drive.

The Rivian R1T is already available for ordering with an estimated delivery date beginning around January 2022. However, those interested in the Camp Kitchen add-on will need to pony up an extra $5,000 to do a little bit of glamping. If completing the entire overlanding setup with the tent, expect to shell out an additional $2,650.

Equipping the modular canteen might also mean springing for the optional larger battery pack. The R1T comes standard with 135-kilowatt-hour battery pack capable of an estimated 300 miles of range, though it also offers a 400-mile-range 180-KWh pack for an additional $10,000. That’s not a small amount of cash by any means, but it does mean more time driving, cooking, and general off-the-grid activities between charges.

Rivian’s activity-focused accessories for the R1T marks an interesting departure from range and acceleration being the linchpin features of an electric vehicle. Instead, the company’s approach focuses on the utility of an EV, including the ways in which explorers can use it off the paved roads. For many overlanding and “van life” enthusiasts, the R1T and its many plug-in attachments are the keys to adventure that they’ve been searching for.

Check out an overview of the kitchen in the video, below: