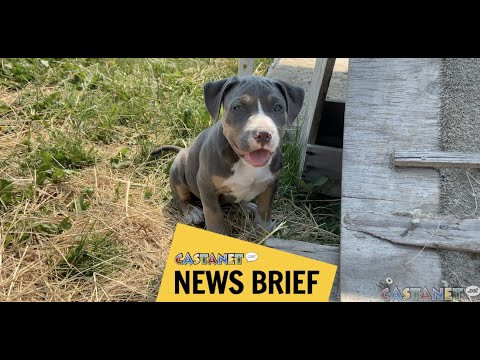 A new glamping experience popped up in Coldstream where people can get in touch with nature, hang out at a lounge and enjoy the petting zoo.

Utopia Feels offers a list of amenities, but the petting zoo is one of their biggest.

The micro farm includes pigs, goats, sheep, calf, and more and visitors are able to hang out with the animals at the glamping site

Doug Vidic, co-owner of Utopia Feels, says visitors just have to show up with food and drinks and everything is already done for them.

“We have a slash lounge, which is kind of a mix between a pub, a cannabis cafe and a gaming lounge,” said Vidic.

Co-Owners Vidic and Lutijean Gabarda took over ownership of the site on May 15 of this year and have turned the nursery, that was once there, into a luxurious camping site.

“Glamping is huge, people don’t want to have to set up their tents, they don’t want to bring stuff around, it’s a very big expense to start camping and if people want to do it once or twice a year, it’s not really worth it to buy camping gear,” said Vidic.

“This way, you have everything set up for you, there’s no set up or take down, all the sheets, linens, towels are supplied for you.”

A glamper at the site, Maryanna Maya, who is not very experienced with camping, called Utopia Feels a, “hidden gem.”

“It’s a very homey kind of vibe, with all the animals and the place where you sleep is super comfy. It’s been amazing,” said Maya.