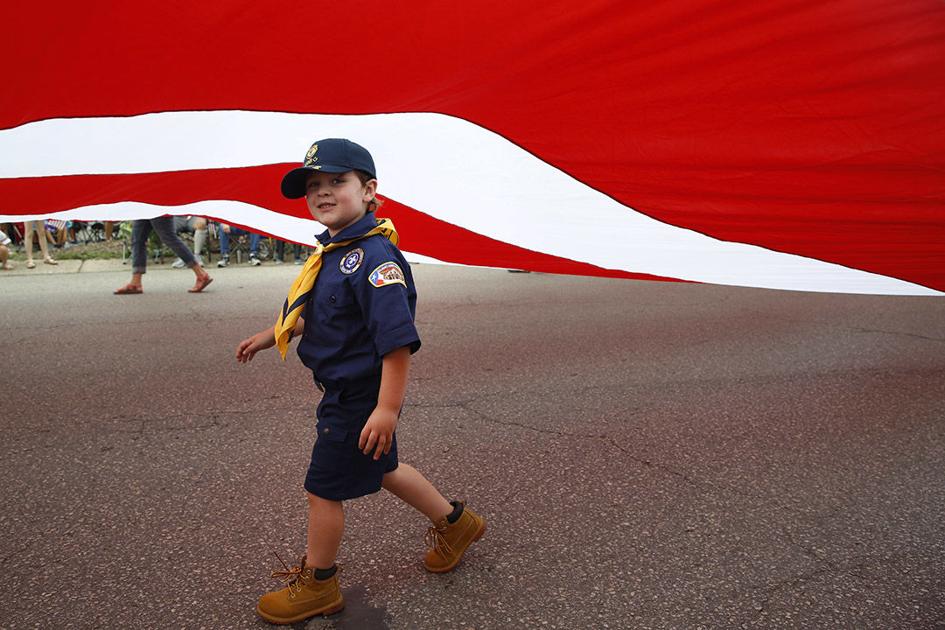 There’s plenty to do this Fourth of July weekend, as New Braunfels celebrates the virus-delayed 175th anniversary of its founding and Uncle Sam marks his 245th birthday.

The 175th Anniversary Founders Day Parade, originally scheduled for March 2020, is planned for Saturday, starting at 9 a.m., in conjunction with the Sophienburg Museum’s Old Time Fourth of July Patriotic Parade and Program.

The parade route starts at Garden Street and South Seguin Avenue near the New Braunfels Civic/Convention Center. The route proceeds on South Seguin Avenue toward Main Plaza, takes a left turn at the Main Plaza and proceeds in the opposite direction that traffic usually flows, then traverses to East San Antonio Street and ends at South Liberty Street near Prince Solms Park.

Leading the parade will be the 36th Infantry Division Band from Camp Mabry in Austin, in a return to its ancestral roots.

The band was first formed in 1937 in New Braunfels as an element of the 36th Infantry Division of the Texas Army National Guard.

The band, along with the entire 36th Infantry Division, was federally activated for service in World War II, becoming the first American division to touch European soil during the invasion of Italy.

After serving in Europe for the remainder of WWII, the unit was deactivated from federal service on February 15, 1946, later to be reorganized in 1947 in New Braunfels.

This year’s performance will continue a tradition of the band participating in the jubilee anniversary Founders Parade that takes place every 25 years in New Braunfels.

The 165th edition of the Kindermasken Parade, sponsored by the Heritage Society of New Braunfels in association with the Founders Parade and Sophienberg Fourth of July Parade, will traverse the same route and start at 8:30 a.m. Saturday.

Costume prizes will be awarded at Prince Solms Park, and participants must be present to win.

Following the parade downtown, residents can stop by the Central Fire Station, located at 169 S. Hill Ave., from 10 a.m. to 1 p.m. for a meet and greet with firefighters. Activities include a fire-themed bounce house for kids and a tour of the downtown fire station. Light refreshments will be provided, and the Kona Ice truck will be on hand for snow cone purchases.

In addition to the parade, the 36th Infantry Division Band will perform a concert at 4 p.m. on Sunday at the Brauntex Performing Arts Theatre, sponsored by CEMEX. The concert, which will include favorites by the “March King,” John Philip Sousa, and other concert band works by American composers, is free, but tickets are required, available by going to https://brauntex.org/theater-upcoming-events/.

Startz Memorial VFW Post 8800 in Startzville will have their 30th annual Fourth of July parade at 10 a.m. on Saturday.

The Fourth of July Fireworks Spectacular will make a return to Landa Park in what officials are calling the biggest fireworks display ever seen in New Braunfels.

The annual fireworks display will start at about 9:15 p.m. Sunday.

This year’s professional pyrotechnic display will come thanks to a generous donation from Joy and Rocky Hill in honor of the 175th Anniversary of the founding of New Braunfels. Longtime partner H-E-B is also returning as a sponsor for this year’s event.

The fireworks are fired over Landa Lake and are viewable throughout Landa Park, the Landa Park Golf Course at Comal Springs and the Fredericksburg baseball fields.

Seating on the golf course begins at 6 p.m., and putting greens are off-limits.

Additionally, the fireworks can be seen in several other places around the city, including Fischer Park.

The Landa Park Aquatic Complex, the Mini-Golf Course, Paddle Boats and the Miniature Train will remain open throughout the weekend.

Fourth of July Festivities in Landa Park begin at 7 p.m. with the Live at Landa Concert Series at the Landa Park Dance Slab. The first in this series of free concerts features the J. Abram Band.

Flying above the Landa Park Golf Course around 7:55 p.m. will be the nationally acclaimed RE/MAX Skydiving Team with the American flag and the flag celebrating New Braunfels’ 175th in tow.

Attendees are encouraged to tune in to KGNB 1420 AM to listen to the live broadcast of patriotic music timed to accompany the fireworks display.

In case of inclement weather, the make-up date for the show will take place Monday.

Residents will have the opportunity to fly in a World War II-era aircraft on Independence Day.

Texas Aviation Academy will host the C-47 “Southern Cross” as part of the fourth edition of the Fourth of July Fly-in at New Braunfels Regional Airport.

The free fly-in event takes place from noon to 7 p.m. Sunday at the academy located at 1642 Entrance Drive at the airport.

The Douglas C-47 Skytrain is a military transport aircraft developed from the civilian Douglas DC-3 airliner and was used extensively by the Allies during World War II and remained in front-line service with various military operators for many years. More than 50,000 paratroopers were dropped by C-47s during the first few days of the D-Day campaign.

Greatest Generation Aircraft, a Fort Worth-based non-profit organization, will offer rides on “Southern Cross” during the event for $80 per person (children under two years who are lap riders are free).

Those interested should book online early to ensure a seat at www.gga1.org/contact.

In addition to warbirds and other aircraft on display, the event also features free food and games. The public is welcome to attend.

For more information on the fly-in, call 830-629-2110 or email info@texasaviationacademy.com.