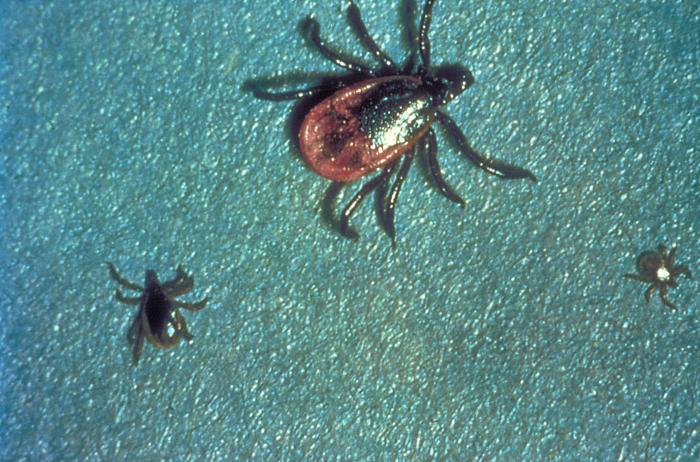 Health officials with the Onondaga County Health Department in Central New York are reporting the emergence of the tick-borne disease, anaplasmosis.

Onondaga County Health Commissioner, Dr. Indu Gupta made the announcement saying in the previous 5 years, a total of 3 cases were reported in Onondaga County; so far this year, there have been 6 reported cases.

Anaplasmosis is caused by the bacterium Anaplasma phagocytophilum, and is primarily spread to people by the bite of an infected tick. Dr. Gupta explained, “In New York state, the disease is spread by the blacklegged tick (Ixodes scapularis), which is the same type of tick that typically spreads Lyme disease. If we are diligent in practicing the same prevention measures we’ve learned to prevent Lyme disease, we are protecting ourselves from other tickborne diseases including anaplasmosis.”

It is an intracellular pathogen that is part of the Rickettsia (the same group of bacteria that cause Rocky Mountain spotted fever amongst other diseases) family.

Formerly known as human granulocytic ehrlichiosis, and as the former name of the disease implies, it’s an infection of the white blood cells.

People get this infection through the bite of an infected tick. Depending on the part of the United States you are, the tick species is different: the eastern part of the country is the black-legged tick, Ixodes scapularis, and in the western part of the country, Ixodes pacificus, is usually involved. These are deer ticks that are also involved in the transmission of Lyme disease.

After a period of a couple of days to a few weeks, most people infected with Anaplasma show influenza- like symptoms (fever, malaise, headache, nausea, vomiting, diarrhea and respiratory symptoms such as a cough). Symptoms tend to be more severe in those that are immunosuppressed and the elderly.

The case fatality rate (i.e. the proportion of anaplasmosis patients that reportedly died as a result of infection) has remained low, at less than 1%.

Because A. phagocytophilum infects the white blood cells and circulates in the blood stream, this pathogen may pose a risk to be transmitted through blood transfusions. Anaplasma phagocytophilum has been shown to survive for more than a week in refrigerated blood.

Doxycycline is the first line treatment for adults and children of all ages and should be initiated immediately whenever anaplasmosis is suspected.

Health officials say there are steps everyone should take to protect themselves from both mosquito and tick bites during outdoor activities:

Check for and Remove Ticks
After outdoor activities, it is critical to check your body for an attached tick. Early removal is important—the longer an infected tick is attached to the skin, the higher the chances are for transmitting diseases such as Lyme and anaplasmosis. Keep ticks away by mowing your lawn often and removing brush.  Playground toys, decks, and patios should be kept away from wooded areas. In addition, do not feed deer on your property. If you see a tick embedded in your skin, follow the steps below (or watch this video) to learn how to remove it: