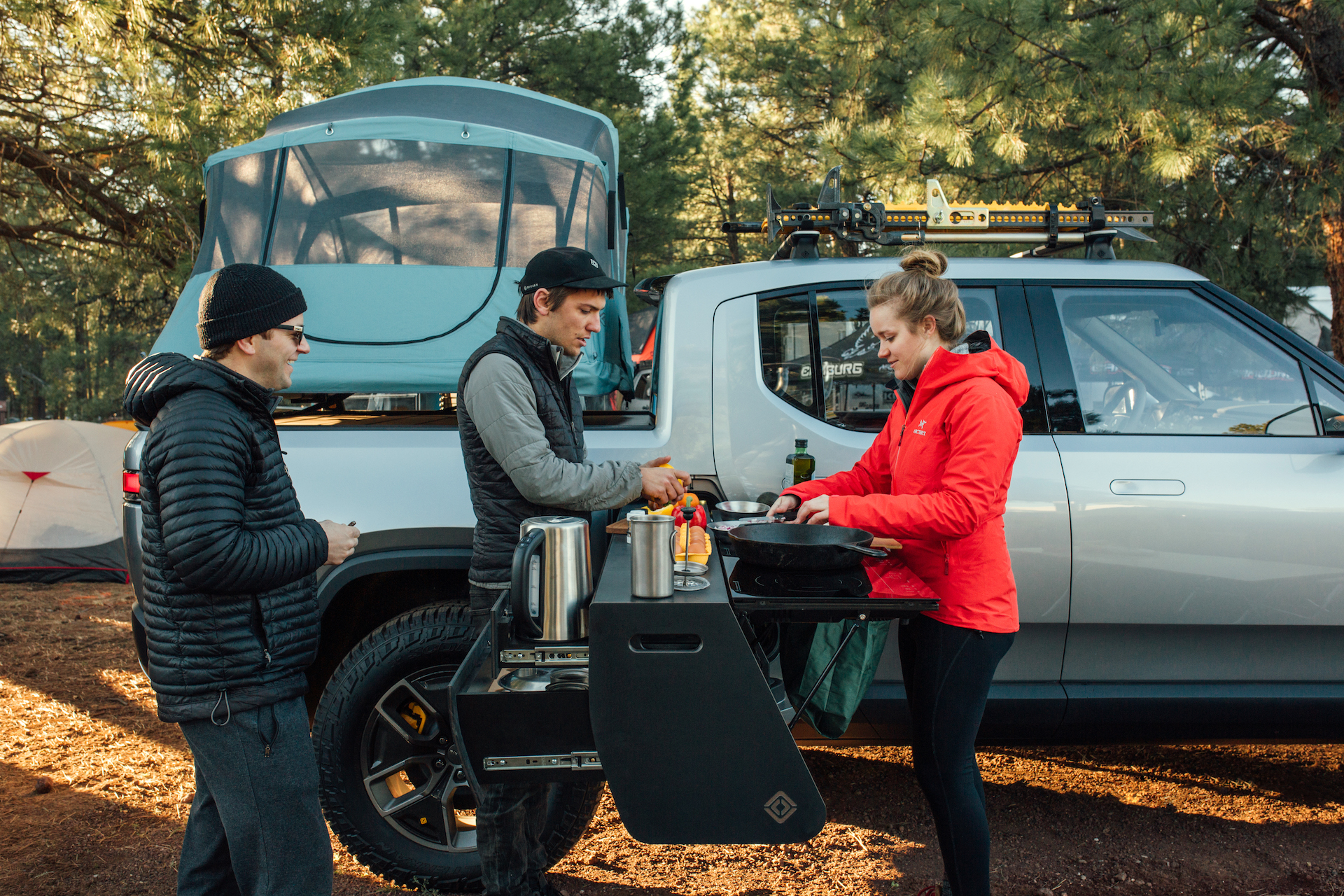 Deliveries of the Rivian R1T haven’t started yet, but CEO RJ Scaringe provided a further tease of the camp kitchen Rivian plans to sell as an accessory for its electric pickup truck.

As shown in a video tweeted by Scaringe last week, the kitchen stows in a transverse tunnel located just behind the cab, which Rivian calls the Gear Tunnel.

A fold-out cooktop and sink are shown in the video, mounted on a rail system, allowing the units to be easily removed if needed. The camp kitchen also has drawers for storing Rivian-supplied utensils and cookware—including titanium plates.

The camp kitchen also appears to have an induction cooktop, which should come in handy in areas that institute burn bans during fire season, prohibiting open flames.

Rivian confirmed the camp-kitchen option in 2019, and has teased an entire lineup of Gear Tunnel accessories on the way. With the release of the configurator for the R1T last November, it confirmed the price of the upgrade to be $5,000.