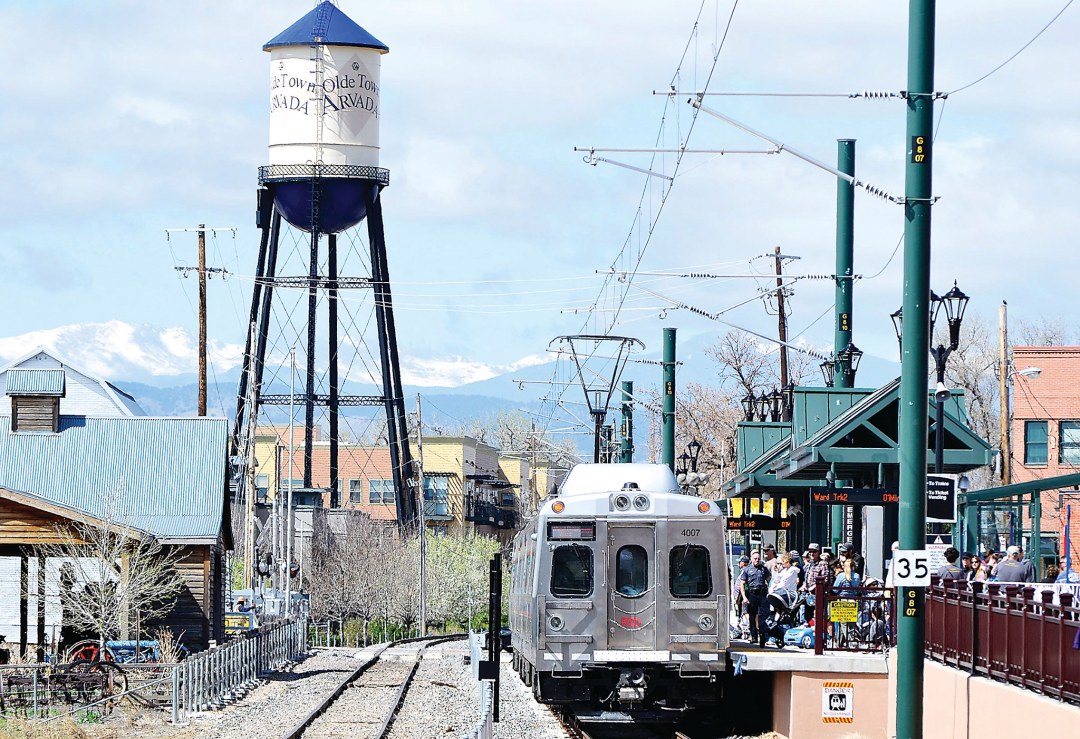 My kids always loved the cookies at Rheinlander Bakery in Olde Town Arvada – big iced cookies shaped like frogs or butterflies. Later they ventured into the pastry case to try éclairs and tiramisu, but well into high school, they would still go for a chocolate-and-sprinkles covered marshmallow pop. I, the grownup, invented excuses to head south on Wadsworth Boulevard so I could stop for a strudel.

When my daughter got married – in Olde Town, at what used to be the Grange Hall — she wanted a German chocolate cake. We didn’t have to pay for delivery because one of the guests walked it over from Rheinlander’s, a block away.

These are the things I’m thinking about as I absorb the news of the shooting deaths in Olde Town: 30 years of making a life here, watching Arvada grow and change but still remain pretty damn good. Carnival games at the St. Anne’s Bazaar, the first church fair I’d ever seen with a beer garden and gambling. Registering voters outside a dive bar on Grandview in 2008, drinks at the Arvada Tavern after chorale practice, buying both pierogies and tamales at the Sunday farmer’s market.

And how the circles of coincidence and bad news have grown smaller and smaller until they converged with three dead men on the street where I once informed a sobbing child that no, I would not replace the scoop of ice cream that just went splat on the sidewalk because he was waving his cone like a light saber.

Many American suburbs were built, on purpose, with no center of town. They sprawl along new main drags, mile after mile, sprouting strip malls and chain restaurants like hairy little warts. But Arvada was a town long before metro Denver grew out to meet it, and Olde Town is one of the ways Arvada has preserved its sense of place.

Some of my neighbors complain about Olde Town’s sudden hipness: the upscale apartments, the artisan liquor store, the vegan restaurant. But not that long ago, downtown Arvada was awful: vacant storefronts, a couple of lunch places, stores selling guitars and camping gear, and the driver’s license office. Everyday shopping and most of the churches had long ago moved to new neighborhoods with young families and better parking. Only Shrine of St. Anne stayed put under its red-tiled roof, crowned by a cross the Klan once used for target practice.

It had tons of sense of place. It was just not a place most people wanted to be.

In the last two decades, I have admired how the city and its partners have turned Arvada’s forlorn downtown into a lively center where all kinds of people coexist. It became a place where you could be optimistic about human nature, and sit in the square among strudel eaters, craft-beer drinkers, skaters and street people as little kids squealed in the pop-jet fountain.

My husband raised his children in Arvada a few streets away from where I raised mine. Both families watched the Pomona High School band march in the Harvest Parade, had breakfast at the Eggshell and burgers at Jim’s, and rode bikes along the Little Dry Creek trail. We joke about our shared memories – all the same places but with different spouses and kids.

The news of the shooting reached us on the way home from the Telluride Bluegrass Festival. I am hurt and angry but not surprised; it’s the third big shooting incident in Arvada this month and June’s not over yet. The first one, the Target carjacker, drove through our neighborhood threatening people with a gun and was killed by police about a block from our house.

As I listened to Mavis Staples belt out “For What It’s Worth” in Telluride, it occurred to me that an armed person could easily hike up into the woods above the Town Park stage and open fire on a thousand blissful bluegrass fans.

Stop, children, what’s that sound, everybody look what’s going down.

It was the kind of situational awareness that we are encouraged to have now: Find the closest exit, notice anything out of place, remember that we can’t know who may have the means and motive to kill us. Surrounded by happy dancing people, I told myself to cut it out and the thought passed, until Monday afternoon.

It starts when you’re always afraid.

I used to make jokes about life on the mean streets of Arvada. I won’t anymore.

Lisa Greim is a former newspaper reporter who lives in Arvada.

The Colorado Sun is a nonpartisan news organization, and the opinions of columnists and editorial writers do not reflect the opinions of the newsroom. Read our ethics policy for more on The Sun’s opinion policy and submit columns, suggested writers and more to opinion@coloradosun.com.

The Colorado Sun has no paywall, meaning readers do not have to pay to access stories. We believe vital information needs to be seen by the people impacted, whether it’s a public health crisis, investigative reporting or keeping lawmakers accountable.

This reporting depends on support from readers like you. For just $5/month, you can invest in an informed community.