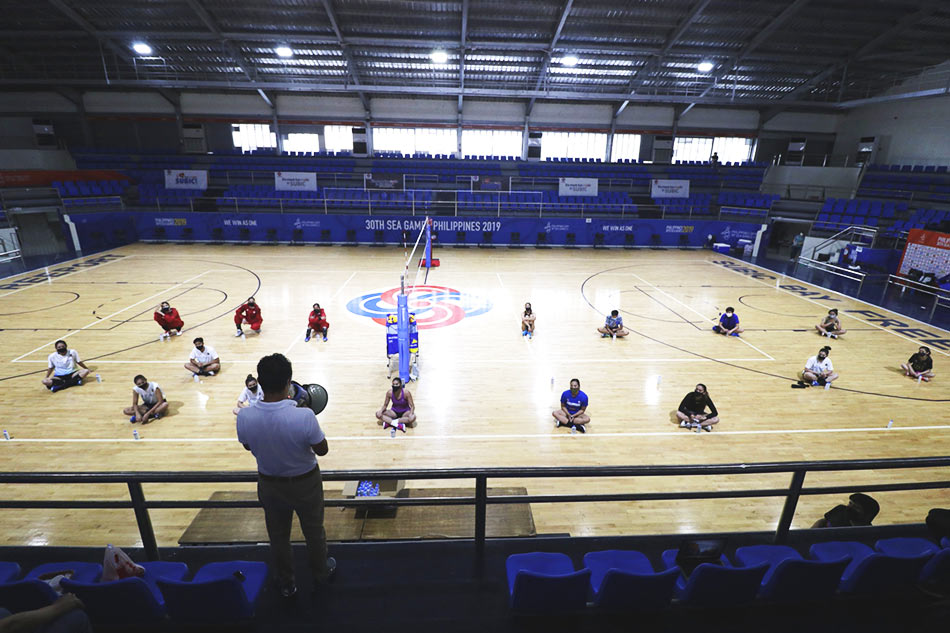 MANILA, Philippines — The Philippine men and women’s volleyball teams will ramp up their preparation for two regional tournaments on July 1, when they open their training camp in a “bubble” in Ilocos Norte.

“We are very thankful that Ilocos Norte has agreed to adopt our national athletes who will be training in a bubble environment,” said Philippine National Volleyball Federation (PNVF) president Ramon “Tats” Suzara in a statement.

Both squads are gearing up for the Southeast Asian Games in Vietnam later this year, while the women’s team will also compete in the Asian Women’s Seniors Championship that the country will host in August.

“It’s not true that the PNVF has a training bubble in Baguio City,” he said. “Maybe, certain reports that volleyball players are in Baguio City weren’t confirmed at all.”

In a statement, national training director Marc Velasco of the Philippine Sports Commission (PSC) also noted that the national volleyball teams are not training in PSC facilities in Baguio.

His statement came as there were reports that some players had tested positive for COVID-19 while in camp in the area. Velasco stressed that the volleyball players in Baguio City compete in “a professional volleyball league,” and they have left the matter up to the Games and Amusements Board.

Meanwhile, Suzara said the Asian championships will be officially held on August 29 to September 5, with games to be played in Pampanga and Subic.

“At least 10 countries are expected to take part in this major Asian Volleyball Confederation and International Volleyball Federation tournaments,” he said.

The SEA Games, meanwhile, are set from November 21 to December 2 in Hanoi, Vietnam.

Organizers of the Hanoi games are expected to decide by the coming week if they will push through with the biennial event, given concerns over the COVID-19 pandemic. Regardless, the Philippine teams will proceed with their training camp.

“The PNVF mindset is for the athletes — including beach volleyball — to focus on these international events,” he said.

There are currently 56 national team members in the PNVF’s pool: 20 men and 16 women in volleyball, and 10 women and 10 men in beach volleyball.