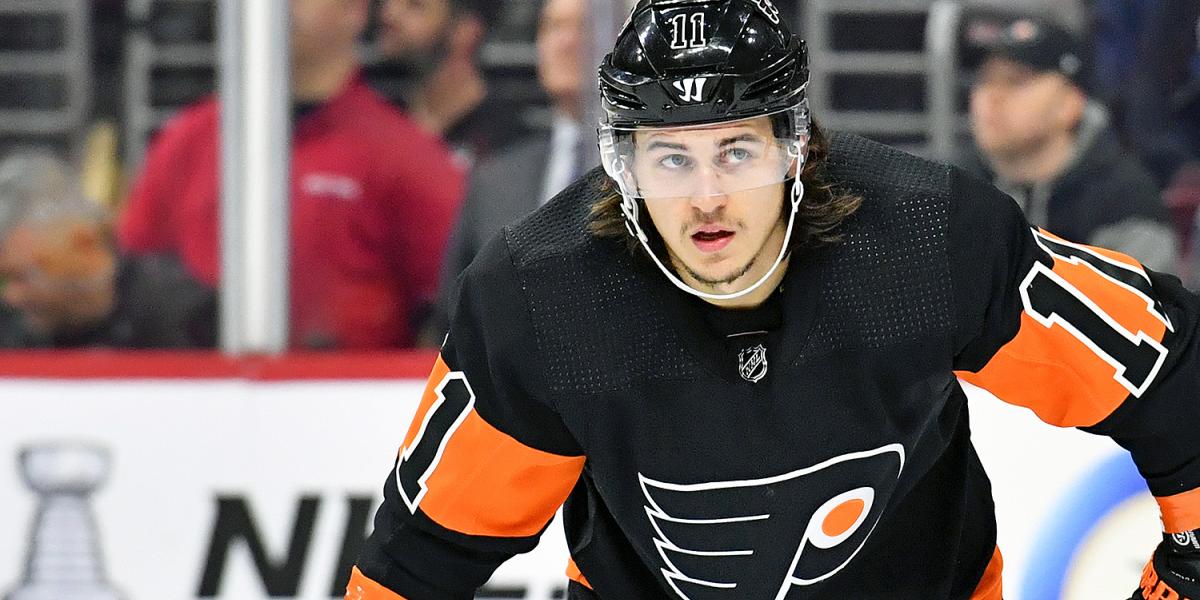 The atypicality and disappointment of the 2020-21 season should give the Flyers plenty of self-reflection this offseason.

For Travis Konecny, he’ll have a good escape from the danger of overthinking. Konecny and his fiancee Karly are expecting their first child in late August.

“That’s something exciting for me,” Konecny said in May at his end-of-the-season press conference. “I’ve got a lot to look forward to in the summer months here, so I’m going to be back down here sometime in July getting ready to have a baby. We’re both really excited for it. Can’t wait.”

The baby prep and fatherhood are new elements to Konecny’s offseason. The life moments will surely require adjustments, in all the right ways. But if Konecny needed practice in patience and perspective, he got some of it throughout a strange 2020-21 season filled with obstacles.

As the Flyers collectively took a surprising and steep step backward, Konecny’s production dipped after he broke out for an All-Star season in 2019-20. Last season, Konecny led the Flyers in both goals (24) and points (61) over 66 games. He also scored a team-high 19 goals at even strength. This season, the winger finished with 11 goals and 34 points in 50 games, while seven of his markers came at even strength.

When asked after the season about the drop-off in goals, Konecny was left searching for answers.

“I wish I could tell you, I would have fixed it,” Konecny said. “I’m not too sure. I think this season was weird in general and if you had any sort of issues in your game, it was hard to work on certain things and get back to where you need to be because there was no practice time to reset and maybe get your confidence back. Other than that, maybe I wasn’t shooting the puck as much as I was last year, trying to do too much. Maybe just get back to simplifying my game. I’m going to have some time to reflect on that and hopefully figure it out over the offseason.”

It’s possible Konecny seldom felt in rhythm or recharged during the crammed season and one could understand if that was the case. Konecny did not get a lot of breaks. He had five goals, three assists and a plus-5 rating through the Flyers’ first eight games, but was then benched by head coach Alain Vigneault for their ninth game. Konecny went scoreless over the next four games before the Flyers’ season was brought to a halt by COVID-19.

The team was shut down from Feb. 9-15. Konecny tested positive for the coronavirus and was placed on the NHL’s COVID protocol list Feb. 14. As a result, he had a mandatory 14-day quarantine, so he went 22 days without playing a game and 19 without skating.

“I did have symptoms,” Konecny said March 2 when he returned to the lineup. “It’s no joke, it’s a serious virus. … I got it pretty good and it’s just a matter of time, getting back into things and everything will start coming back.

“With my girlfriend being pregnant, I spent a lot of my time just in my room by myself. It was a long quarantine for me. I spent a lot of time just texting, trying to FaceTime and stay in touch with guys. With some of the guys that were doing their quarantines, playing Xbox and stuff.”

After coming back, Konecny had six goals and 20 assists through the Flyers’ final 38 games. The Flyers went 14-19-5 over that stretch and missed the playoffs after starting 11-4-3. Following the season, Vigneault and general manager Chuck Fletcher mentioned how some of the Flyers’ younger Canadian players experienced difficulty with training last offseason amid the tight COVID-19 restrictions. Konecny is a native of Canada and trains there in the offseason.

“I mean, it’s easy to look back now and make excuses. Other teams have the same amount of people from different countries and they made it work, so I’m not going to say the fault is all training,” Konecny said. “I know it was difficult. For me, I was working out out of my garage for as long as I could until I was allowed to get back into my regular gym, trying to find ice, it was difficult. Everyone went through it, every team went through it — it was a weird year for everybody. Hopefully we can figure it out next year and everyone’s training situations are better this year. If they’re not, they can figure out a way to improve it and we’ll start with that.”

Konecny is still only 24 years old and already has an All-Star season to his name. He has three 24-goal seasons, with the third coming in 2019-20 when he was on pace to finish for 30-plus until the regular season was cut short because of COVID-19. Over the last four seasons, Konecny has 69 even strength goals, more than guys like Patrik Laine (67), Mika Zibanejad (65), Mikko Rantanen (64) and Mike Hoffman (61).

He’ll come to September training camp with first-time dad duties. The Flyers will come with expectations to get back into the playoffs and they’ll need Konecny right in the middle of it all.

New life for everyone.