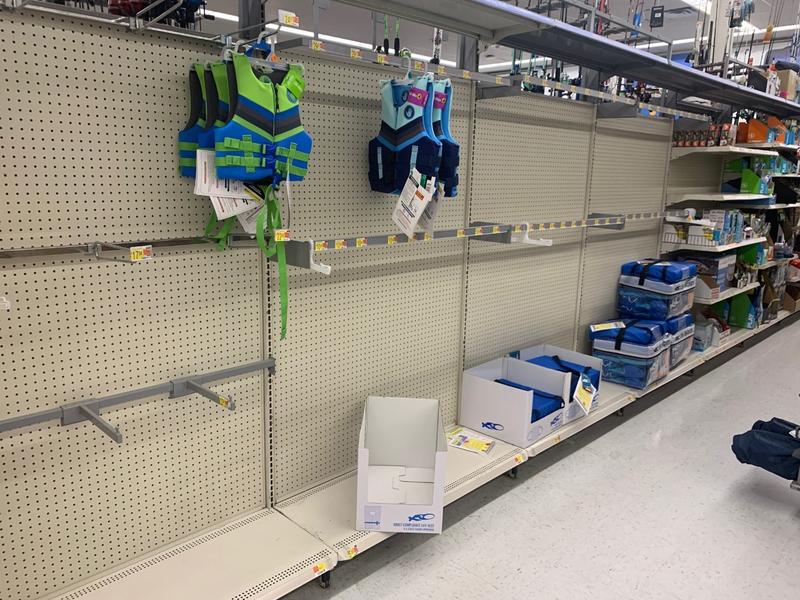 It’s been over a year since the start of the coronavirus pandemic, and people are still looking to get outside.

Listen to this report as it aired on KPCW 91.7

Around town consumers are emptying shelves of outdoor staples. At Walmart this week, coolers were nearly gone, only a couple life jackets remained and the tent selection was picked over.

“We want to do everything we can to help with that,” Briggs said. “But unfortunately, supplies are low. And the supply that we do have is not always necessarily in a price range most people are comfortable with. So that’s been kind of difficult to deal with. But, we sell a couple of bikes every day, which is unusual for us.”

Locals with problems finding bikes at retail outlets have had some luck buying online from community forums.

Briggs said there are some gaps and holes in almost every category of equipment at Jans store. But the store was expecting demand this summer, so they weren’t caught completely off guard.

“With the success of last summer, we, I think rightly, assumed that it was going to carry on to this year,” he said. “And it’s been awesome for us. But it’s definitely overwhelming at times.”

Backcountry opened a brick and mortar store in Kimball Junction last month. Niko George is Backcountry’s Director of Retail and works at their headquarters in Park City. He said demand is high at their store as well.

Shelves are stocked for now, but with summer activities ramping up in the area, George said there’s a chance they could sell out of certain high demand equipment.

He said people found a new love for the outdoors when the pandemic started. And he doesn’t see the demand for gear dwindling anytime soon.

Briggs said people should make sure to plan ahead for upcoming camping trips or outdoor excursions. He said it’s unlikely recreators can get away with impromptu trips without gear or reservations. Instead, he suggested people prepare well in advance to make sure they have what they need before heading out.