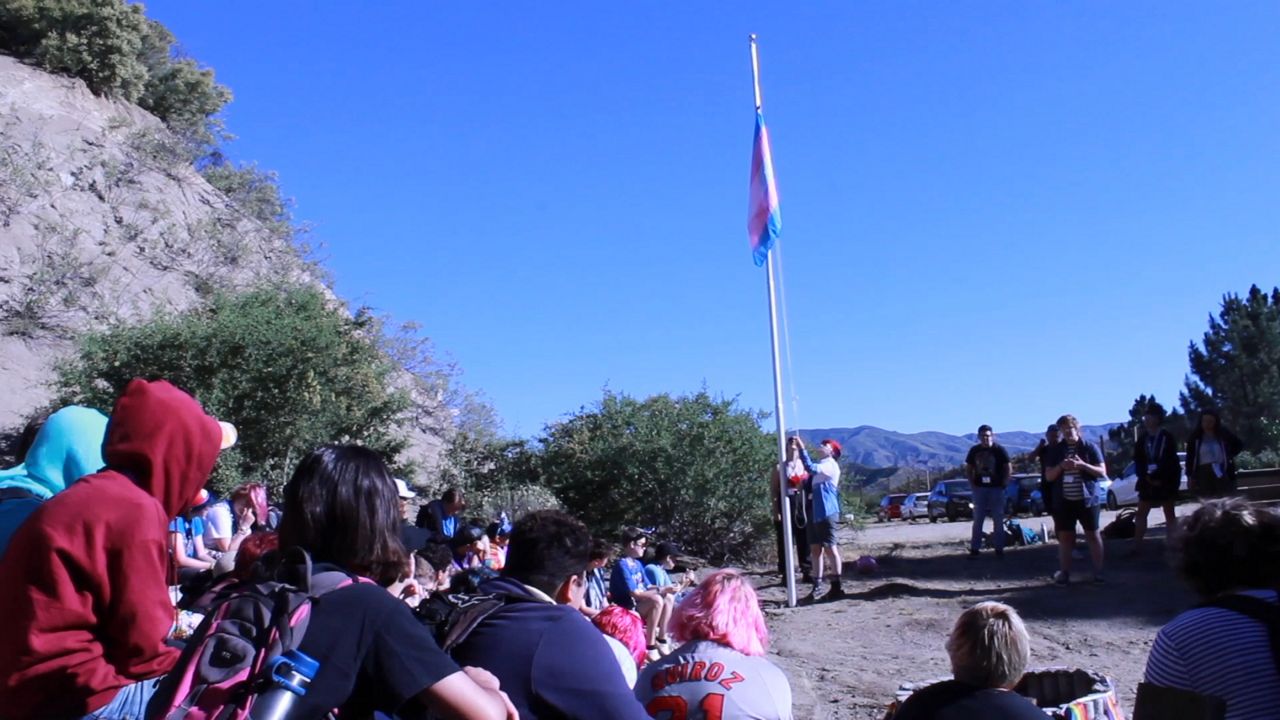 LOS ANGELES — Chest compression binders, makeup and lots of rainbow t-shirts — hardly typical, teenage camping gear, but items that were on 18-year-olds Connor Cook’s packing list as he prepared to return to his sleepaway camp, Brave Trails. Connor is trans, non-binary and for the past three years, he has been attending the camp for LGBTQ+ youth and allies, just outside of LA (Last year camp was held online due to the pandemic).

On a recent Sunday afternoon, Brave Trails staff were hosting a packing party over Zoom. Connor waved to friends.

“I’m so excited to go back, I need to see my friends and counsellors back in person,” he said, while folding clothes and neatly placing them in his suitcase.

What You Need To Know

The camp runs several sessions throughout the summer and Connor will be heading there in a few weeks.

At Brave Trails, Connor and about 350 other 12- to 18-year-olds participate in typical camp activities like hiking, singing around campfires and swimming. But there are also drag shows and queer empowerment workshops. And there are no gender divisions when it comes to bunks, bathrooms and group activities.

Connor said he was drawn to the camp because of the overall inclusivity. “There’s gender inclusive language in their advertising; they make it clear from the beginning that they respect all identities … Certain things about camp like restrooms, or where people sleep and live together, there’s no gender division. There’s no uncomfortableness for trans and queer people.”

Cook first came out in middle school and found Brave Trails in high school at a time when he was feeling particularly isolated from peers. He was looking online for ways to meet other queer kids in Los Angeles.

“There’s lots of stuff for queer adults,” he said. “You can go to a bar…but there’s not a lot of spaces for queer youth to find each other.”

He came across the Brave Trails website and was immediately intrigued.

“It was like hitting the jackpot,” Connor said, explaining that the first summer was a powerful experience that extended beyond camp. “Going back to school after Brave Trails I felt like it was all going to be okay and that there was a community that had my back … I worked with my parents and the administration at school and had my name changed on class schedules, so people would know me by the name I wanted to go by: Connor,” he said.

Brave Trails was founded seven years ago by Jessica Weissbuch and her wife Kayla Weissbuch. Jessica said they wanted to create a place where LGBTQ+ youth like Connor, could learn from one another and, at least for a few weeks, feel free from gender norms.

“A lot of camps are traditionally boys and girls, and very gendered. We are genderless, we don’t ask for gender on our application; it doesn’t matter to us. We house everybody by age, and not gender,” she said.

Leadership is also integral to Brave Trails. They hold workshops to teach campers about LGBTQ+ leaders, like Harvey Milk and Marsha P. Johnson. Campers come from across the U.S. and even internationally. Weissbuch said the workshops have supported some students, who were told they weren’t allowed to form gay/straight alliance clubs in their high schools. “We had a few campers from Oklahoma who were told they couldn’t have a group (GSA) on campus. But they took the Know Your Rights workshop at camp, and knew the school was breaking some laws, so they fought it.”

Empowering queer youth and supporting them in finding their own voices is important to Weissbuch. “I think a lot of times queer youth don’t have the self-confidence or self-worth to know they can be leaders and create change.”

Connor agrees that Brave Trails has helped him become more confident emotionally, physically, socially and as a leader. But the best part about camp is that it’s a place where his queer identity is actually the least interesting thing about him.

“It’s like having a home,” said Connor. “Very often queer kids aren’t embraced by their friends or family after they come out, it’s important that we have a place where we see our found family, our home — where we can just kick up our feet and be who we are without performing for anyone else.”