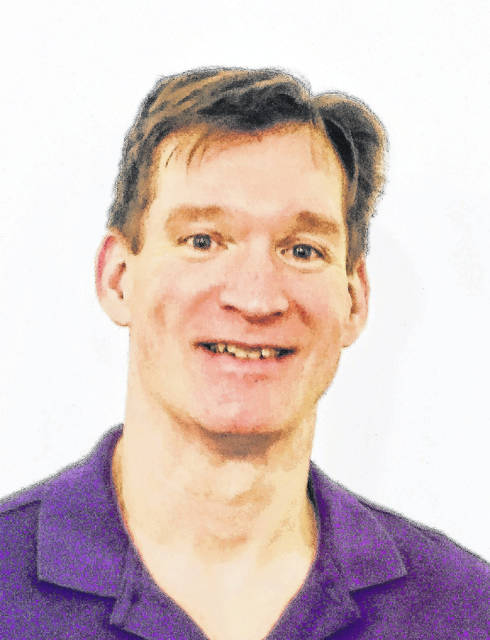 As darkness descended upon Raccoon Creek State Park, wolves could be heard howling in the distance.

After hearing the eerie noise, my close confidant Billy Denny and I were ready to hightail it back to civilization as the little hairs on the back of our necks stood straight up.

Meandering along the edge of a wooded area collecting numerous broken tree branches for a campfire, we skedaddled back to our encampment as fast as our little six-year-old legs would carry us.

With first grade in my rear view mirror, I was on a long-awaited camping trip with one of my boon companion’s and his family at the popular state park, which is just northwest of Pittsburgh, Pennsylvania.

Once William R. “Bill” Denny, Jr. hopped from the two-door automobile, he began unloading all the camping equipment from the trunk before spouting off directives reminiscent of his days in the U.S. Navy during the Korean Conflict.

After laying the camping gear and personal effects on the floor of God’s handiwork, we cleaned up the area with great speed before pitching our tent between two giant pines.

Once we finished setting up, Billy took me by the hand and traipsed off into the woods in search of small logs which would fuel the campfire for the evening’s activities.

As these two would-be lumberjacks began loading up our arms with the varied pieces of brushwood, wolves could be heard howling in the distance as darkness descended upon the campground.

“What was that,” I wondered swallowing hard while my knees knocked together. “I didn’t know there were any wild animals around here.”

“Well,” interjected the rising second grader snickering a little while looking into my blue eyes in the moonlight. “We are in the woods after all; and this place is called Raccoon Creek State Park.”

When we came back with the firewood, Emily Denny and her 12-year-old daughter Janet were getting everything set up and ready to go for the delicious meal.

When the father of two finished the arduous task of setting up the other two tents, he rushed over to arrange the logs in the fire pit to build a roaring fire.

“All right, boys,” asserted the aspiring Boy Scout troop leader as he laid the logs in a square and worked his way up. “Why don’t youns gather up some dried leaves and little sticks laying near that tree over there.”

“Dad,” exclaimed the lad with hazel eyes as he expressed concern about the noise in the forest. “Mark and I heard wolves howling while we were in the woods gathering firewood; but we don’t have to worry about them, do we?”

“Why do you think I’m trying to get this fire started,” asked the good-natured father while hurrying to put the kindling inside the pyramid of logs. “Sometimes they’ll sneak into a camp and drag off little boys to their dens to feed to their pups.”

After Billy and I finished our assigned task of gathering kindling, we clasped hands together as while sitting on a log near the fire pit listening to the howling wolves.

While adding the beef tips to the kettle, the mother of two assured us that Bill was just joking about the wild animals because he definitely didn’t want a couple of visitors in their tent later that night.

As soon as the fire came to life, the stout woman placed the kettle of meat, potatoes, carrots and peas on the swinging hook and put over the flames to heat. Before long, the hearty aroma of the beef stew wafted through the air.

After everyone finished eating the scrumptious dinner on blue-speckled tin camping plates, the father of two pulled out his guitar strumming on the strings in preparation to sing a few campfire tunes.

The enthusiastic singspiration included such favorites as “B-I-N-G-O,” “On Top of Spaghetti,” “My Bonnie Lies Over the Ocean” and “Oh Susanna,” along with several other camp friendly songs.

When the homemaker brought out the metal prong roasting pokers and marshmallows, Billy and I looked at one another with eyes as big as saucers before simultaneously shouting, “S’mores!”

After eating a couple of the mouthwatering treats that tickled our fancy, the activities of the day finally took its toll on these young scalawags as we both began to yawn incessantly.

Once these rabble-rousers crawled into the tent with a flashlight, we changed into shorty pajamas before deciding to combine our sleeping bags and placing the pillows at the opposite end of the zippered door.

“Billy,” I whispered while zipping up my end of the double sleeping bag. “Do you think what your Dad said about the wolves is true?”

“I certainly hope not,” mumbled the Bentleyville native with a giggle while moving his pillow to the top of the sleeping bag. “Cause I don’t wanna get carried off by a wolf to be a midnight snack for its pups.”

After climbing into the over-sized sleeping bag together, we quickly wrapped our arms around one another after hearing wolves howling in the distance.

“That scared me,” I claimed while slowly letting go of my faithful companion. “I thought those wolves were gonna rip right through our tent and carry us away.”

“I got scared too,” admitted the coal miner’s son as we giggled about being frightened by the noise outside the tent. “But they are a long way off; so we don’t really have to worry about it.”

“Besides, I’m right beside you if you need anything,” he continued while patting me on the shoulder. “Plus, my parents are in the tent right across from us on the opposite side of the fire pit.”

Facing each other on propped up elbows, the two of us talked for several minutes before turning off the flashlight and settling in as we quickly drifted off to dreamland.

Mark S. Price is a former city government/county education reporter for The Sampson Independent. He currently resides in Clinton. If you are interested in reading the extended version of this story in his novel titled, “Little Church At the Top of the Hill,” just type the title into the Facebook search engine. Once you enter the public Facebook page, scroll down to Chapter 2, Camping in the Great Outdoors.