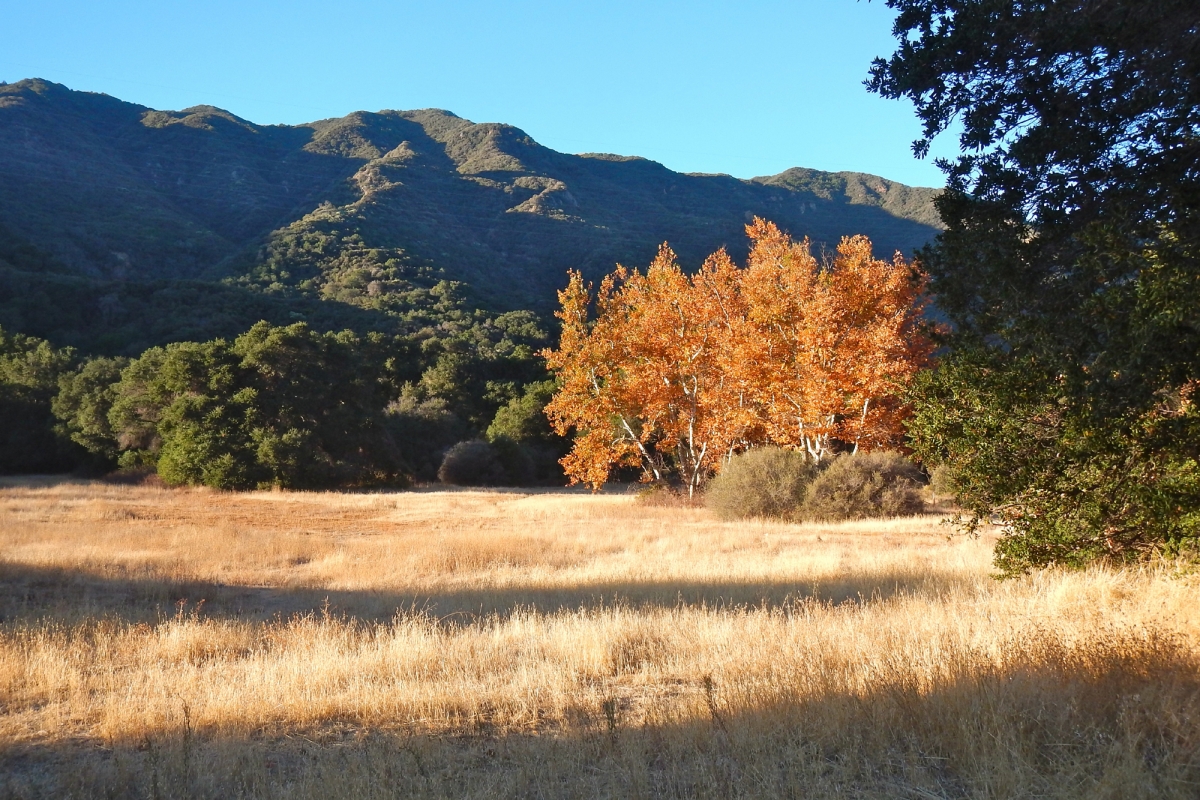 I’ve managed to get through this horrendous pandemic by thanking the gods for sparing my loved ones and me, by hiking my brains out locally, and through the imposed discipline of writing a third backcountry book called “Trails Into Tomorrow.” To be explicit: After a debilitating stroke in August 2019 (and some recovery time), the loss of contact with my widely dispersed family during COVID-19 has been non-clinically depressing as hell. I know many others have suffered far more.

There is cosmic gratitude for our country getting through this catastrophe, despite more than 600,000 deaths (!), and an even deeper appreciation for Mother Nature and all Her manifest glories. My invented spiritual faith — Neo-Animism — summarizes what walking back into the nearby backcountry can do for you and has accomplished for me.

As a 12-year-old growing up in the San Fernando Valley, my two friends Kent and Paul led me into forays exploring the dry hills of the San Gabriel Mountains above Sylmar in midcentury. While “Sylmar” means “sea of trees,” urban development had felled what once was called the largest olive grove in the world.

From our tract-housing area, accessing the San Gabriels was a 15-minute bicycle ride with my friends, and we would simply leave the bikes in some brush and hike up past the “haunted” Olive View Sanatorium (now the Olive View-UCLA Medical Center. Little did I realize then that my strong memories of those jaunts would resurface after spending a few years teaching in West Germany in the early 1970s.

Now, after 50 years of constant roaming and backpacking the Santa Barbara backcountry, and leading adolescent school groups into our glorious hinterlands, I’ve learned a few lessons from these epic “nature bathing” episodes.

Consistently striding back into nature —what I’ve called the eternal backcountry returns (4.1.1.) — leads into a resurgent spiritual and mental juvenescence. Pogue Harrison follows the “fetalization theory” of Dutch anatomist Louis Bork, which holds that homo sapiens are basically juvenile apes whose “natural development” (into adult apes) has been indefinitely stunted — we are the naked apes. Thus, in the juvenescent mode, when we retain our childlike consciousness, we adapt more easily and more flexibly to the always-changing environment. Technically called “paedomorphic” consciousness, this means humans feel more intensely, think more clearly and react faster in the ecstatic juvenescence that ignites while hiking hard out on the trail (Harrison, pp. 16-17).

Constant walking about in local nature areas like the San Rafael Wilderness or along the Sisquoc River will reignite your sense of child-like play and relax your urban anxieties as you focus on the now. After almost four decades spent teaching early adolescents and observing them, I certainly can detect the joyful juvenescent flush in a kid’s face and confirm how vital it is to mental health later in life.

Harrison thinks today’s youth have been “deprived of idleness” as they succumb to the dominance of our digital overlords and forget how to “linger.”

As some of my readers move into their 40s and 50s, they may realize how their spirits perk up every time they exercise heavily by moving through natural environments. Even hiking up nearby Rattlesnake Canyon when you can push past Tin Shack Meadow (1.7 miles) to East Camino Cielo, you will be more than merely exhilarated and oxygenated by the experience. (They used to call this trail “Depression Drive” for a reason.)

I contend that the hiker also acquires much greater clarity of thinking after the smells, sounds, views and nature-visions saturate the soul — you become Ralph Waldo Emerson’s transparent eyeball. We experience phenomena differently while out on the trail, and gather strength from sentient boulders.

Where do new ideas and spiritual vitality come from?

Immersion in the quietude of nature can supply the tools and time to ponder essential spiritual questions such as: “Why am I here?” “What course should I follow?” Mulling those and related mysteries can reveal the essential ingredients for an interesting life. Plato and the Greeks believed that “the unexamined life is not worth living” (“Apology”, 38a5–6).

An example came in November 2017 when I made a solo overnight at picturesque Cottam Camp deep in Blue Canyon just five air-miles from Montecito’s Upper Village. When I awoke the next morning in 26-degrees Fahrenheit, my first dismaying thought was that since this was high fire season, I could not start a fire despite plenty of downed wood (Cottam has a legal firepit). Juvenescence abruptly kicked in as I rejoiced coming out of the tent and faced the glowing golden sycamores blazing at one edge of the sprawling potrero (lead photo).

Wrapping myself in the sleeping bag at the crude table, I froze in contented contemplation until the sun rose higher in the sky and I could backpack up to East Camino Cielo to fetch my pre-stashed mountain bike. Three days later, the Thomas Fire broke out. What had I been doing back there in such high fire season, and solo?

Since we may be purposely kept in a fetalized stage of development (Bork), such youthful (neotenic) survival strategies like making life into a game (ya gotta play it), creating art and music and dance and so on likely help us survive, and also exist with Einhausung (comfort-in-the-world). Dragging, cajoling, bribing your children to head outdoors and move about may be the best gift you can give them!

— Dan McCaslin is the author of Stone Anchors in Antiquity and has written extensively about the local backcountry. His latest book, Autobiography in the Anthropocene, is available at Lulu.com. He serves as an archaeological site steward for the U.S. Forest Service in Los Padres National Forest. He welcomes reader ideas for future Noozhawk columns, and can be reached at [email protected]. Click here to read previous columns. The opinions expressed are his own.