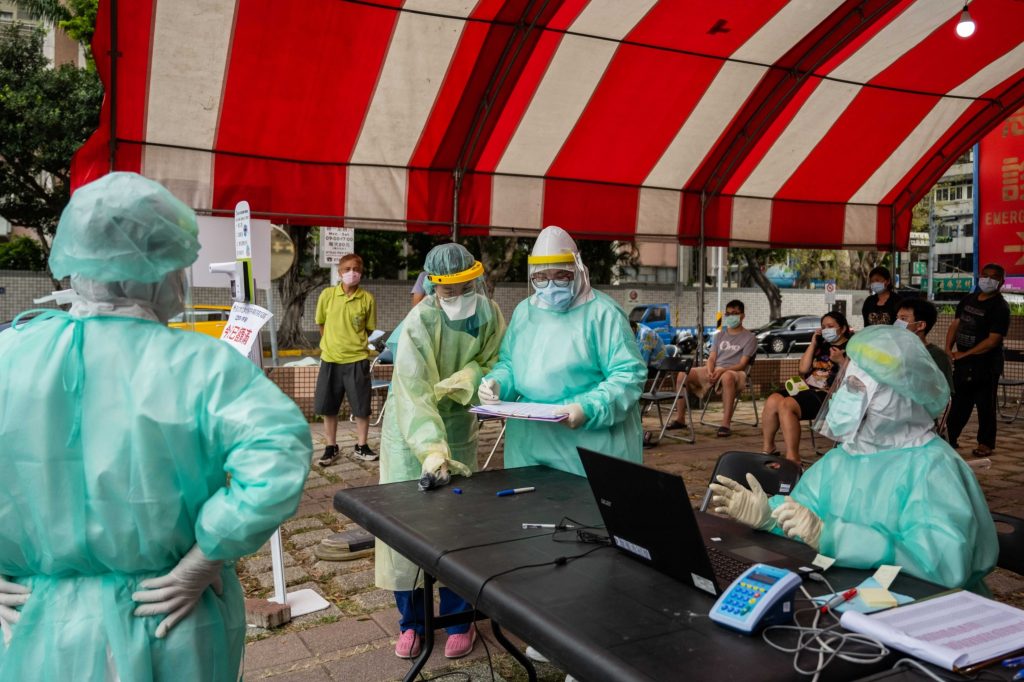 Hearing impairment, severe gastric upsets and blood clots leading to gangrene, symptoms not typically seen in Covid patients, have been linked by doctors in India to the so-called delta variant. In England and Scotland, early evidence suggests the strain — which is also now dominant there — carries a higher risk of hospitalization.

Delta, also known as B.1.617.2, has spread to more than 60 countries over the past six months and triggered travel curbs from Australia to the U.S. A spike in infections, fueled by the variant, has forced U.K. to reconsider its plans for reopening later this month, with a local report saying it may be pushed back by two weeks. Singapore found that the mutation accounted for 95% of the local Covid samples linked to variants of concern. Higher rates of transmission and a reduction in the effectiveness of vaccines have made understanding the strain’s effects especially critical.

“We need more scientific research to analyze if these newer clinical presentations are linked to B.1.617 or not,” said Abdul Ghafur, an infectious disease physician at the Apollo Hospital in Chennai, southern India’s largest city. Ghafur said he is seeing more Covid patients with diarrhea now than in the initial wave of the pandemic.

“Last year, we thought we had learned about our new enemy, but it changed,” Ghafur said. “This virus has become so, so unpredictable.”

Stomach pain, nausea, vomiting, loss of appetite, hearing loss and joint pain are among the ailments Covid patients are experiencing, according to six doctors treating patients across India. The beta and gamma variants — first detected in South Africa and Brazil respectively — have shown little or no evidence of triggering unusual clinical signs, according to a study by researchers from the University of New South Wales last month.

Some patients develop micro thrombi, or small blood clots, so severe that they led affected tissue to die and develop gangrene, said Ganesh Manudhane, a Mumbai cardiologist, who has treated eight patients for thrombotic complications at the Seven Hills Hospital during the past two months. Two required amputations of fingers or a foot.

“I saw three-to-four cases the whole of last year, and now it’s one patient a week,” Manudhane said.

India has reported 18.6 million Covid cases thus far in 2021, compared with 10.3 million last year. The delta variant was the “primary cause” behind the country’s deadlier second wave and is 50% more contagious than the alpha strain that was first spotted in the U.K., according to a recent study by an Indian government panel.

The surge in cases may have driven an increase in the frequency with which rare Covid complications are being observed. Even still, Manudhane said he is baffled by the blood clots he’s seeing in patients across age groups with no past history of coagulation-related problems.

“We suspect it could be because of the new virus variant,” he said. Manudhane is collecting data to study why some people develop the clots and others don’t.

Doctors are also finding instances of clots forming in blood vessels that supply the intestines, causing patients to experience stomach pain — their only symptom, local media have reported.

As the second wave of COVID-19 recedes, nearly a dozen cases of COVID-induced intestinal clots and gangrene have been reported in Mumbai. According to doctors, if the gangrene is left untreated for 24 hours, the chances of survival drop to 50%. #covid19https://t.co/spRb8qXpAb pic.twitter.com/PjZJZVSCPC

“Every person is showing different symptoms” in the second wave, she said.

The unusual presentations for delta and a closely related variant known as kappa, whose spread led to a fourth lockdown in the Australian city of Melbourne, are still being confirmed, said Raina MacIntyre, a professor of global biosecurity at the University of New South Wales in Sydney. “In the meanwhile, it is important to take note of this and be aware of possible atypical presentations,” she said.

The most alarming aspect of the current outbreak in India is the rapidity with which the virus is spreading, including to children, said Chetan Mundada, a pediatrician with the Yashoda group of hospitals in Hyderabad.

Apollo’s Ghafur said he was also seeing entire families with Covid symptoms, unlike last year when individuals dominated, reflecting an increase in household transmission caused by the delta variant.

Cases of Mucormycosis — a rare opportunistic fungal infection — have also been surging in India. It had infected more than 8,800 Covid patients and survivors as of May 22, forcing local health care authorities to call it an epidemic.

Even as India’s outbreak begins to ease — daily infections have slipped to less than a quarter of the May 7 peak — the delta variant is sparking outbreaks elsewhere, including hitherto virus havens such as Taiwan, Singapore and Vietnam, bolstering calls for mass immunization.

German politician and scientist Karl Lauterbach said Tuesday the variant will probably become more prevalent in Germany too in the coming months. “To avoid it completely seems unrealistic to me,” he said on Twitter in German. “The decisive factor is a very high vaccination rate, which reduces mortality.”

But with emerging evidence delta and at least one other variant may be adept at evading vaccine-induced antibodies, pharmaceutical companies are under pressure to tweak existing shots or develop new ones.

“New vaccines have to prepared with new variants in mind,” said Ghafur. “We can’t get ahead of the virus, but at least we can least keep up with it.”