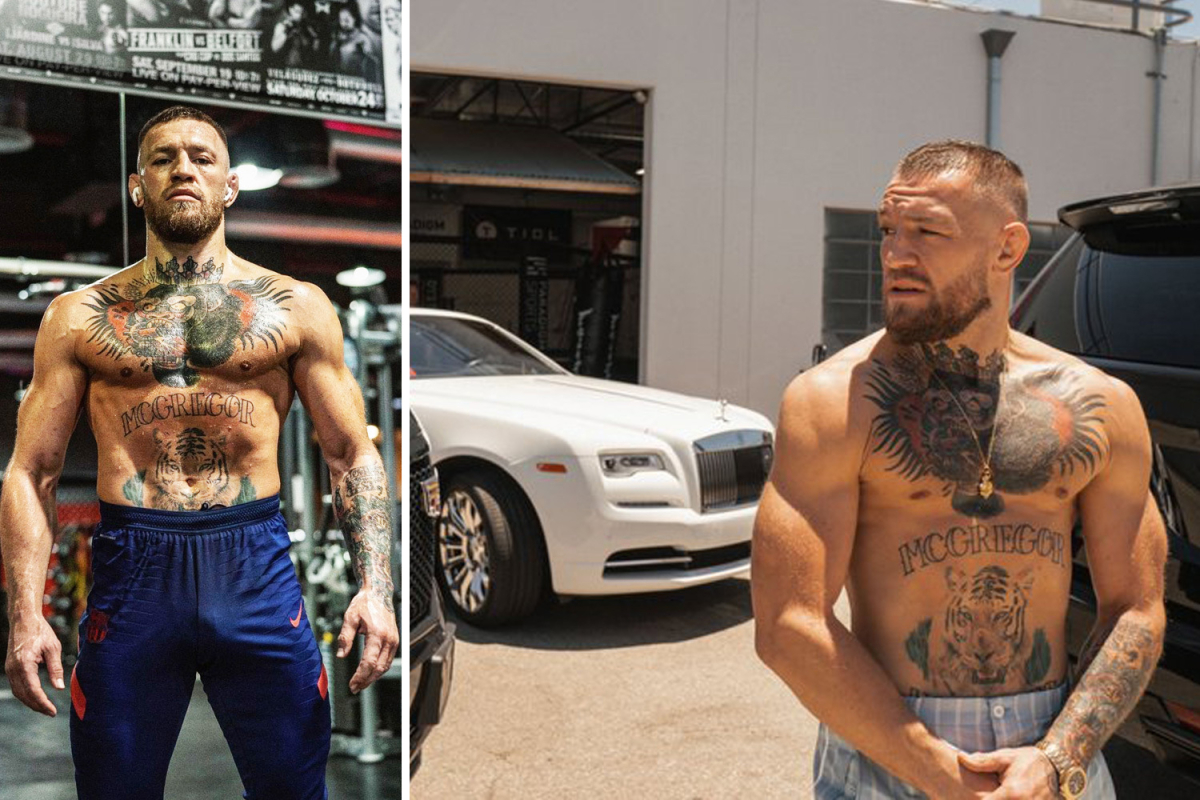 CONOR MCGREGOR has moved his training camp to California ahead of his trilogy fight with Dustin Poirier.

The Notorious is set to throw down with his old featherweight rival on July 10 in the main event of UFC 264 in Las Vegas.

McGregor, 32, had been gearing up for the rubber match in Dubai but has upped sticks to sunny California ahead of his return to Sin City.

The Irishman tweeted a picture of himself standing by a 4X4 Cadillac and a convertible Rolls Royce early on Saturday morning with the accompanying caption: “At my Cali gym @McGregorFast.”

McGregor – the UFC’s first simultaneous two-weight world champion – has left his family back home in order to channel his inner ‘wild dog.’

Last month, he said: “I’ve been training my son since day 1. He will be ready if he decides to.

“I am going to do this fight away from the family also. For a change. Fights and boppies and cuddles is a hard one to balance.

“I’m going into this one a wild dog.”

McGregor suffered a second-round KO defeat to Poirier in their UFC 257 rematch in January.

The Irishman was brutalised by debilitating calf kicks before being taken out by an avalanche of punches.

Mystic Mac recently admitted he’s eyeing ‘redemption’ against the former interim lightweight champion and is ‘buzzing’ at the prospect of their winner-takes-all clash.

He wrote on Instagram: “One apiece now with a trilogy bout for all the marbles! Wow! Exciting!

“Not a trilogy I was expecting, nor the tactical affair I was anticipating, but I’d be lying if I said this wasn’t meant to be.

“This is exactly how this was always meant to be! Buzzing!!”

McGregor hasn’t tasted victory at lightweight since his masterclass over Eddie Alvarez at Madison Square Garden in November 2016.

And the pride of Dublin has vowed to return to the win column in spectacular fashion.

He said: “July 10th I will do this absolutely flawlessly. We have these clowns sussed and fully!

“They wanna play a game of tactics? No problem, see you in there.

“You’ve awoken a beast. A beast with the backing of a much higher power! Say your prayers.”