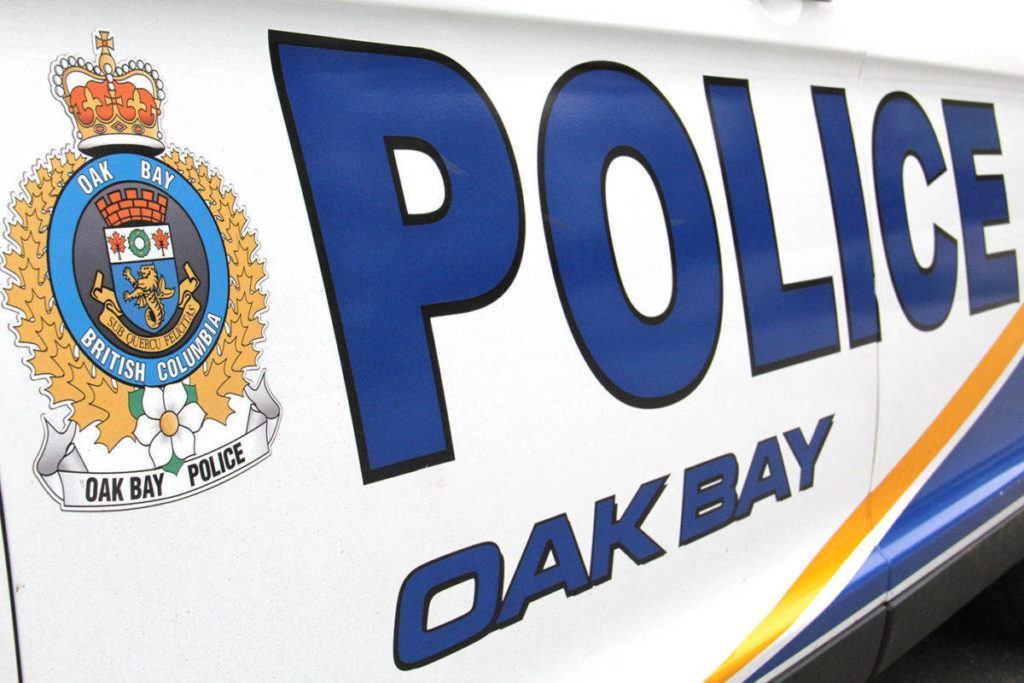 Police believe a driver in a white vehicle hit a car in Oak Bay before fleeing the scene.

Damage to a 2003 grey Toyota Corolla parked in the 2100-block of Fair Street was discovered Saturday, June 5.

A pair of bikes were reported stolen from a carport in the 300-block of Denison Road on Tuesday.

Someone smashed a winder to access a vehicle parked in the 3300-block of Cadboro Bay Road. After smashing the window, someone stole a backpack with camping gear and a digital Nikon D3400 camera. It was reported to Oak Bay police June 2.

Do you have a story tip? Email: c.vanreeuwyk@blackpress.ca.