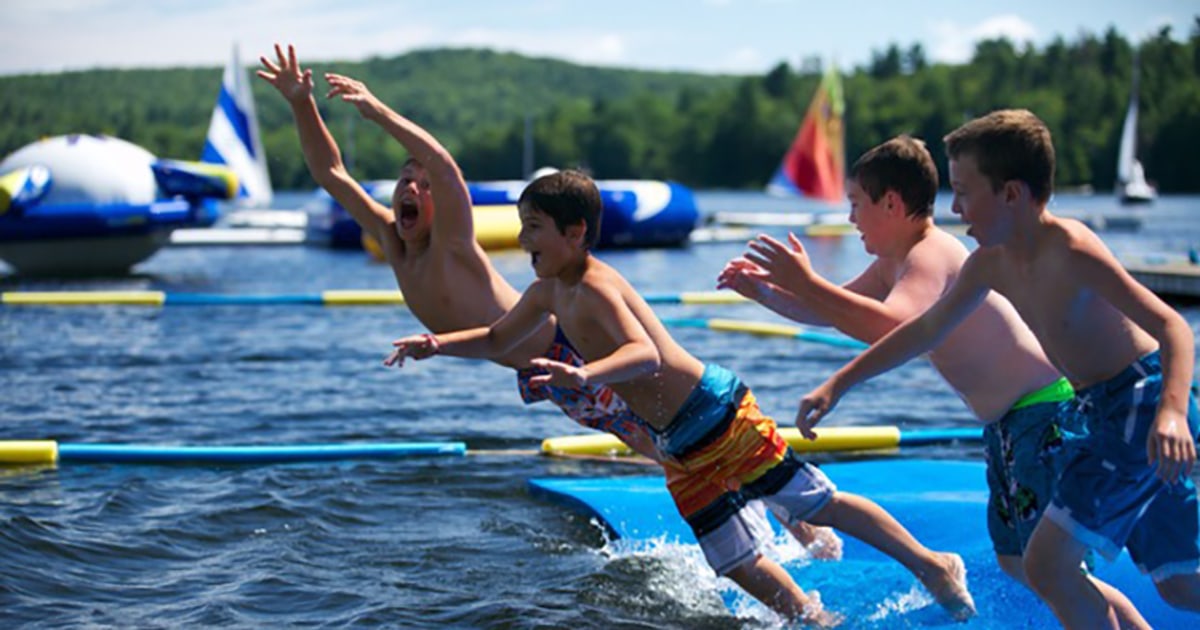 A year after Covid-19 restrictions closed most summer camps and put an estimated 900,000 people out of work, camps across the country are gearing up for a highly anticipated season — but they are having to adapt to the new reality of a worker shortage, both from abroad and at home.

This year, visa troubles and travel restrictions are causing hiccups in bringing these workers over.

Camp Walden in Diamond Point, New York, hired 79 international workers for its co-ed overnight program this year, a decrease of 36 compared to 2019. Even then, that number is not guaranteed.

According to director Robyn Spector, who worked at Camp Walden on a J-1 visa herself for 30 years before moving to the U.S. from Canada two years ago, over half of those workers still have a “TBD” stamp on their start date due to travel restrictions and visa complications. In a normal year, Spector said all staff spots would have been filled and locked in by now.

“I think, especially in the U.K. and the European Union countries, it’s not even looking very promising, at this point, that they’re going to make it,” she said of counselors coming to camp this year. “A lot of camps … rely on these countries and some of our very best staff are our international staff, and our campers and our parents would attest to that.”

The State Department announced last week that some international workers like journalists and immigrants from the U.K., China, Iran, India, Brazil, South Africa, the Schengen Area and Ireland can now qualify for an exemption from travel restrictions, or a National Interest Exception, but J-1 camp counselors and summer work travel students are not eligible at this time, the department told NBC News. The U.S. currently has a travel ban in place for 33 countries, including England.

Joe Mee, a resident of Leicester, England, was supposed to arrive for his boat-driving gig at Camp Walden at the end of April. However, he is still at home, waiting for the U.S. embassy in London to start taking nonimmigration appointments again to get his visa processed to come over.

“I am incredibly frustrated about it and just really hope that I can get there,” Mee told NBC News.

Although former President Donald Trump’s ban on work visa visitors expired at the end of March, Mee said he hasn’t heard any updates from the embassy about it.

“I thought that as of April 1, there would be a big announcement about the future of the J-1 visa. But there’s literally been nothing,” he said.

At embassies and consulates across the United Kingdom, visa appointments remain “extremely limited” and routine services have yet to resume while more urgent services are provided, according to the U.S. Embassy website.

A potential solution? Mee said he now plans to fly to Mexico City to quarantine and hopefully get his visa processed there to make it to camp in the U.S. this summer. He heard about the idea through his sponsor, Camp Counselors USA. Spector said Camp Walden plans to fund the trip for Mee and two other staff members from the U.K. as soon as they get the green light.

The State Department is “making significant efforts with constrained resources to safely return to pre-pandemic workload levels” but is “unable to provide a specific date for when this will happen at each post,” said Julie Stufft, acting deputy assistant secretary for visa services.

The department also said many of its embassies and consulates are short-staffed because of the pandemic and are prioritizing more urgent cases.

“The Department of State is aware that the lack of visa interview opportunities has made it difficult for both designated sponsors in the BridgeUSA program and host employers (where sponsors place exchange visitors) to return to pre-pandemic levels of operation this summer,” Stufft said. “As the global situation continues to evolve, the department is seeking ways to efficiently process visa applications around the world, consistent with both guidance from health authorities and with the U.S. travel restrictions currently in place.”

The issue across borders and overseas is exacerbating a scarcity already present on the homefront.

While Camp Walden is still waiting on word about its international employees, ones at home are dropping off the roster.

“In the past, whenever there was a domestic labor pool shortage, there was always this ever-expanding international labor pool — and that seems to have largely dried up,” said Spector, who has hired workers for the camp since 1996.

In addition to advertising and asking alumni to come in for a couple weeks at a time to make up for domestic and international fallout, Camp Walden is also offering increased referral incentives to its current employees: $300 for bunk counselors and $500 for specialist roles, like lifeguarding.

“We’re plugging away every day and trying to find creative solutions on how to fill these remaining roles,” she said.

A similar situation is occurring about a thousand miles west at Camp Horseshoe, an all-boys residential camp in Wisconsin. Assistant Director Alex Berman, who has been in charge of hiring for the last eight years, said the camp is struggling to find American workers to fill the 10 to 15 spots held in limbo by their J-1 workers still in the U.K.

He said he’s posted on 60 college job boards and received zero applications, and he even introduced a new $250 referral bonus to incentivize rookies.

“It has been a struggle. Word of mouth has been our best way of getting people,” he said. “It is a tough sell to have new American staff come in to a place that they’ve never been before. We’re not letting our staff leave because of the bubble. It’s just been a tough sell this year and the applicants have not been there.”

Berman said 15 kitchen and maintenance workers from Mexico have been cleared to come over via visa, but about five counselors from Australia and New Zealand have dropped out due to quarantine costs when they return at the end of the summer. Berman also said three leadership team members, all from the U.K., are already in Mexico City awaiting their embassy appointments to get their visa stamped there instead.

Berman said Camp Horseshoe is training American returners to fulfill roles such as lifeguarding, which are typically occupied by international staff.

He also said the camp may have less staff in certain activities come campers’ arrival, which is the same for Camp Puh’tok in Maryland.

There, Associate Executive Director Alexi Grote said she and her staff are taking a “grassroots” approach to hiring for their day and overnight programs at the local level to make up for 15 empty spots. She said her camp planned to fill 10 of those with international workers, a pool they’ve been hiring from since the 1980s. However, they have not been able to fill any spots, largely due to visa issues and travel restrictions.

“Kids love having international counselors — different people coming from different places, different worldviews. The camp experience won’t be the same without them.”

“You have to hire. You can’t rely on that eventually those people are going to be able to come over because you need the coverage,” she said. “And then the other part too is, even if they were able to come over, you have to think through, will they be vaccinated? And if they aren’t able to be vaccinated, what does that look like? If someone were to test positive, how do you quarantine someone in a safe way? Because they don’t have a home here to go to.”

Grote is optimistic for the season despite the circumstances, an ode to the volatility and dynamicity that she’s used to in the industry.

“We make it happen. And even though it might not be ideal from the standpoint on paper, or how you thought you wanted to run it, we still always manage to pull through and give the children an amazing experience, and I think the spirit and the magic of camp always shines through,” she said.

Aside from causing operative and logistical headaches, the staffing issues, specifically on the foreign front, are also creating a gap in the overall experience for local campers this year. Many members of the industry applaud the BridgeUSA program and its workers for their diverse and diplomatic efforts.

“Besides just having employees to work at camp, the kids just love having international counselors. It’s something that’s like a highlight for them, different people coming from different places, different worldviews,” Berman said. “The camp experience won’t be the same without them.”